Interview with the Investment Executive Magazine

Charity starts at home for Andrea Kladar, who developed a love of animals while growing up on a farm

Andrea Kladar, an advisor in Calgary, works at animal shelters and fosters stranded dogs in her own home. 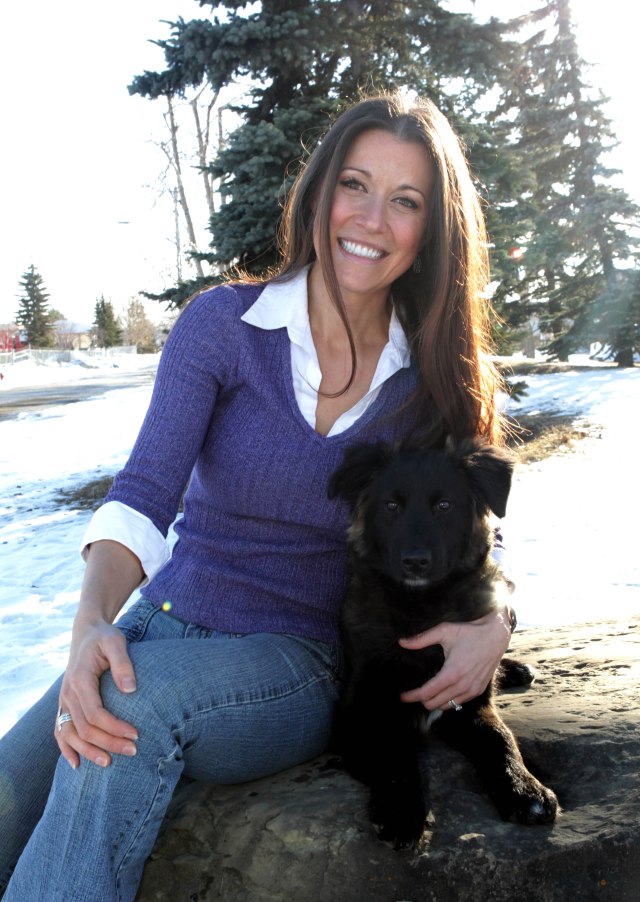 Andrea Kladar, a Chartered Investment Manager and animal lover with a big heart

Combining a passion for physical fitness with fund-raising, Andrea Kladar also fosters dogs.“Puppies are a lot of work,” she says.“We will take three at a time.”

Kladar focuses her charitable efforts on helping animal shelters and rescue organizations help homeless and mistreated animals. “I love all animals,” she says. “I don’t discriminate.”

For Kladar, charity starts at home. As a five-year volunteer with the Alberta Animal Rescue Crew Society (AARCS), Kladar fosters dogs and puppies in need of a warm, safe place to stay when the shelter is full and while they’re waiting to be adopted. “Puppies are a lot of work,” Kladar says. “We’ll take three at a time. People think we’re crazy, but the alternative is horrible. These puppies get born outside and [could] freeze.”

Kladar’s involvement with the AARCS has grown, along with her understanding of what the organization does and what it hopes to do.

The charity started with its Rescue, Rehabilitate & Re-home program, which focused on foster care. The organization’s programs have grown to include a spay/ neuter initiative, a disease-prevention program, emergency medical care and shelter, and a humane education project.

The AARCS also reaches into communities that are off the beaten path, Kladar says, and that need a helping hand. For example, the organization works with First Nations communities across Alberta to address animal issues and offer shelter for homeless cats and dogs.

These initiatives, Kladar says, are only the beginning. One goal is to mirror the kind of work carried out by the Best Friends Animal Society in the U.S. In addition to animal adoption, spay/neuter and other local programs, the U.S. group operates the continent’s largest “no kill” sanctuary in Angel Canyon, Utah. There, animals receive everything they need, physically, emotionally and psychologically, to thrive and to find good homes.

Kladar, who grew up on a farm in the former Yugoslavia, offers her time and compassion to the many animals that the AARCS seeks to protect until homes for them can be found. She also combines her passion for physical fitness with her love of four-footed friends. She participates in endurance competitions — most recently, the Ironman Canada — to raise money for her favourite charity. “That one event,” she says, “raised $5,000.”

“I’m going to run 100 kilometres,” she says, “to save 100 animals for two charities.” One charity is the AARCS; the other is the Rescue and Sanctuary for Threatened Animals, which runs a sanctuary in De Winton, Alta., for abandoned and abused animals, with an emphasis on farm-animal rescues.

All animal shelters rely on advocacy and education to help them attain their goals. It’s an approach that Kladar, a certified investment manager, also uses in her professional life. In particular, she says, her investment business, which she operates under the name Kladar Wealth Advisory Group, specializes in retirement, capital preservation and tax-efficient income, with a focus on women clients.

“A lot of our clients are interested in charitable giving,” Kladar says, and many lend their support to the AARCS.

A growing area of interest for many clients is in creating a foundation for their wealth. “Through TD, we can actually form a foundation with no cost,” Kladar says, adding that her clients’ focus on giving back requires her, as their investment advisor, to understand the charitable sector and its importance in clients’ lives.

That importance, Kladar believes, goes well beyond financial considerations and a desire to help. “By focusing on compassion and those who need us the most,” she says, “we become gentler people. We become more caring.”

Currently, Kladar is adjusting to life with a new addition to the family: a puppy named Drizella. One of a trio named after Disney characters that Kladar recently fostered, Drizella found her permanent home without ever leaving what was expected to be temporary shelter.

One reason for the adoption was the puppy’s personality, which Kladar felt would be a good influence on the other animals she cares for. “She’s really calm,” Kladar says. “We thought she would help the other [dogs under foster care].”

There’s no doubt more dogs will benefit from Kladar’s kindness. “It is my true passion,” she says. “We have an obligation to give to those who need us the most.”

Andrea Kladar is the founder of the 100 FOR 100 Movement who led by example and ran 100 km to save 100 animals in 2013 placing first for women under 40 in the Canadian National Trail Championships and raising over $14,000 for charity. Andrea is not a professional athlete. She is a war refugee. She is a daughter, spouse and friend. She is a godmother and philanthropist. She is vegan and a finance professional who lives in Calgary, Canada. If Andrea can take on this challenge, so can you! Join the 100 FOR 100 Movement today!! Go to www.100for100.me to sign up now
View all posts by Andrea Kladar →
This entry was posted in Fun items, Inspirational and tagged alberta animal rescue crew society, andrea kladar, animal lover, animals, dogs, rescue, vegan. Bookmark the permalink.